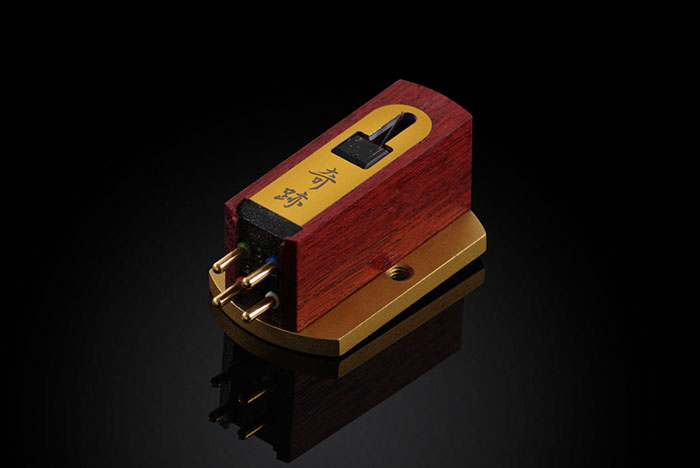 When a small quantity of Kiseki Purple Heart N.S. cartridges arrived in the U.S. very few people were told about it. After all, they are very limited in their numbers, owing to the Kiseki way of building cartridges. No sample to sample variation in sound. Every one must be perfect.

Somehow, the word got around. The Purple Heart has been the number one, all-time favorite of Jim Hannon, the publisher and chief at The Absolute Sound magazine. He had worn his out years ago, and tried to have it re-tipped twice by some of the best the the industry, but could not re-create the magic.

When he heard he could get a new Purple Heart, he said “I want one” and didn’t even ask what the price was. At the 2015 Consumer Electronics Show in Las Vegas, he confirmed that not only was the magic back, but that the new improved Purple Heart NS was even better, saying “A lot of cartridges do great 2D, the Kiseki Purple Heart is 3D.”

Bob Levi, well-known hifi maven, reviewer, and president of the largest audio society in the world, had heard the news and immediately asked if he could have a sample to review.

After the review, he bought one for himself and said “You could charge $10,000 for this cartridge and get no push-back”. Indeed most industry “insiders” feel it’s priced to low, and that it should be selling for at least $4999.

A witness to this is Dan Meinwald, importer and distributor of England’s incredible E.A.R components and the super high end Helius Designs turntables and tonearms. He assisted Bob Levi install the Purple Heart on a Helius Omega and immediately sent a note saying:

“I set up Bob’s Purpleheart yesterday, and my immediate impression is that I MUST HAVE ONE”

Dan bought one to demonstrate the capabilities of the turntable products he distributes. If there is a single compromise, it can costs him tens of thousands of dollars in lost business.

In another note, Dan mentioned seeing a happy Jim Hannon at the Newport show and observed “I saw Jim in the hallway while he was toting the cartridge back to his hotel room, and he was grinning like the proverbial cat with a canary”

Jeff Dorgay, Publisher of Tone Audio, reviewed the Purple Heart N.S. and stated “…there is no particular style of music that the Kiseki doesn’t play with aplomb.”  It should be noted that he now uses it on his personal system in his home.

Every cartridge is going to get good reviews. But look at what these experts bought. They are way up the food chain, and have systems that at the super high end that could easily justify spending a minimum $7000 on a cartridge. But they chose the Kiseki Purple Heart N.S.